SPIRITUAL FOOD OF THE WEEK-THE DAY I BECAME ME

Good afternoon everyone. Today I just wanted to take a moment to say to everyone how important it is to find out who you are. Not who people say you are, not what has been inferred on you, but who GOD says you are. See in life that's all that is important. When you are gone it's the only thing that will be left to speak for you. Let me tell you about the day I became me. It was 1997, seemingly a normal day in my life. I was pregnant with my 3rd child, although I was not married. I had just laid down, when there was a pounding on my front door. I remember my child's father at the time saying, "they knocking like it's the police" and sure enough that's who it was. The look on the police face was enough to let me know that it was beyond serious, needless to say, I was told I had to get to the hospital right then, because my son had been rushed there. Although I could not understand all that was happening, my mind went into overdrive, and I kept reasoning to myself that maybe it was nothing really serious, and that everything would be fine. I guess I should say that my son, along with his older sister, went to spend the night with their father, which is why a policemen had to come and get me as they were rushing my son to the hospital. I could go further into detail, but this would be too long to read...but I will say that when I got to the hospital, my life began to change. The first sign of how bad it was, was the look on my children fathers' face, it showed fear, despair, pain of the highest magnitude. And this was from a man who generally showed very little emotion. When the doctor realized I was there, he swept me into a room by myself, and let me know the severity of the situation. My son had choked on a very small ball that was lodged into his windpipe, and he passed away on the way to the hospital. My knees became weak, and it was hard to focus from that point. Then I heard the doctor say, they were able to get the ball out, but he surely had been without oxygen for over 15 minutes so they were sure that he would be brain dead. I remembered crying, becoming angry, exhausted, blaming myself, if you can think of it, the emotion surely came. 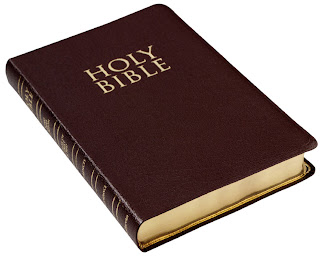 I didn't grow up in a home that talked about God at all, and yet I believed that HE was real. I mean it wasn't that my family didn't believe that He was real, but more like know one KNEW HIM personally. At that moment in the hospital, I just began to pray, and no I wasn't saved myself. But I was smart enough to know that if anybody could fix the situation it would have to be Jesus. On the 4th day in the hospital, watching my son make no progress, his body failing him, simply because his brain was not working, it was torcher to watch. I mean as his mother I was completely helpless. As I sat there with my son, praying, in walks this man...he was dressed in a suit, and I assumed he was a pastor. I remember like it was yesterday, he said to me: "Is this your son?" I responded "yes." He then asked: "do you mind if I pray with you and your son?" I quickly said no of course not. He reached his hand across to me (as I sat on the opposite side of the bed from where he was standing) and he began to pray. When he was done, he asked me this question: "ARE YOU SAVED?" I said, "no." He said, "do you mind removing your hand from your son for a second and allow me to pray?" I said "absolutely." Because for me at that point, there was no time to be offended, I just wanted my son to be healed. I removed my hand from my son, and the man began to pray. Yet, he was praying in tongues (even though I had never heard this before). When he was done he said this: "Now Father, let this mother know that her son is not in any pain, and that You have already moved on his behalf, LET HIM OPEN UP HIS EYES." Now remember my son was brain dead, so responding to commands would not be possible. My son, OPENED UP HIS EYES, AND LOOKED AT ME. I was sitting on a stool, and almost fell off. After about 10 seconds he closed his eyes. The man said: "LORD SHE DON'T BELIEVE YOU, DO IT AGAIN." This time, my son TURNED HIS HEAD TOWARDS ME, and for about 20 seconds he laid there looking at me. And the man asked me, "DO YOU WANT TO BE SAVED?" I said yes!!! After that moment, the man left, and when I went after him to thank him, no one even knew who I was talking about. My son's room was right beside the nurses station, yet no one seen this man enter nor exit. I have determined he was sent by God. Right there, I was on the road to becoming me!

You know the real me, who God created me to be. It has been a long road, but one that has had it's peaks and valleys, and with everyone of them, I have grown more into who I was destined to become. See it's funny because people throw around the term "being real" often, and yet most of them, have no idea what that means. 2 Corinthians 5:17 says, "Therefore if any person is [ingrafted] in Christ (the Messiah) he is a new creation (a new creature altogether); the old [previous moral and spirtual condition] has passed away. Behold, the fresh and new has come!(Amplified) But if you ever want to become the real you, then it first start with finding out who HE is. See at that moment in the hospital, I believed what I had heard, you know that God was real, Jesus died on the cross, but I had no RELATIONSHIP with the knowledge I had obtained. Like a lot of us, it took something tragic to happen for me to find out who Christ was, but I believed, and continue to this day. The more I have come to know Him, the more I have come to know about myself. Remember in Matthew 16:16-18, once Peter answered Christ question about who people thought He was, Jesus then responded by letting him (Peter) know who he was (who God created him to be), along with the foundation of (faith) of what He (Christ) would build His church on. I said all that so that whomever may read this, it's extremely important that you find out WHO YOU ARE! The real you! Who God created you to be! My motto in life is this: "IT WOULD BE A TRAVESTY IF YOU LIVED YOUR WHOLE LIFE AND NEVER BECAME WHO GOD CREATED YOU TO BE."-MARGO

I believe that the one thing the devil thought would make me never come to Christ, was the one thing that brought me to Him. See I have no doubt that my son fulfilled his purpose in this life, and because of him, I will have everlasting life, and see him again. May God bless those who took the time to read this, and show them who they are. 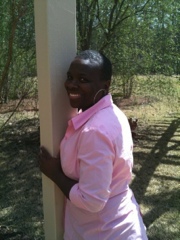 Posted by Random Entertainment at 2:31 PM