SPIRITUAL FOOD OF THE WEEK-JESUS IS NOT RELIGION 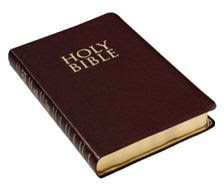 Okay this video explains exactly what I tell people daily: Jesus is not Religion. It’s funny to me that people read the bible daily, and still have no understanding of Who Christ is. Now it’s not that I’m some bible scholar, but I daily thank the HOLY SPIRIT for bringing me into a deeper relationship with Christ..just like Paul said, “Oh that I may KNOW HIM.” Jesus constantly spoke against the religious leaders of his day (Pharisees & Sadducee) mainly because though they “read the scroll” had the information about the coming MESSIAH, yet they did not even recognize HIM when HE showed up. Instead they were busy trying to make themselves higher than they were. Know one thing, JESUS came that we could be in RELATIONSHIP with the FATHER again. So understand what being a BELIEVER truly means, and don’t get caught up in the outward perception of man, because it’s what’s on the inside (your spirit) that will live forever, and man’s opinion don’t get to decide that. A man asked me this week: “So you telling me that a person who does good, never hurt anybody (like killed a man) or whatever. God would not allow them into heaven, simply because they did not accept Jesus Christ as Lord & Savior?” I simply told him this, “I’m not the judge to say who goes in, & who doesn’t. But I have read the requirements, and just like anything else we must fulfill them to get to the place we want to go. For us there is only a decision that must be made, but for HIM, HE ALREADY DIED, whether you accept HIM or not. And lastly you say you never “killed anybody” but sometimes with our words alone we speak death to people, so be sure about that. And what’s “doing good” & by whose standards are those things good?” And after saying that, the man walked away…came back and said…”NOW THAT’S FOOD FOR THOUGHT!” Man constantly wants to make up his own rules, but to God it’s folly. You don’t get to make up the rules for something you DID NOT INVENT/CREATE. ONLY THE CREATOR OF A THING GET’S TO DO THAT. Jesus is not about religion, but He is about RELATIONSHIP.