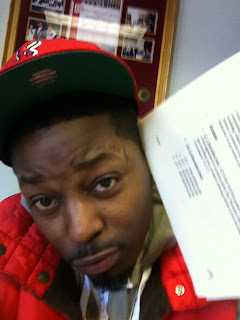 Hot new artist Gena, AKA, (@FreshcoKayne) has just signed a deal with So So Def/Epic. It was announced by the legendary producer himself, Jermaine Dupri. I hope people are paying attention, the Mogul is steadily building his roster, as he continues to build his social network, Global14. With the soon to be released Brandon Hines album, and Dondria's sophmore album, along with Da Brat, I will say So So Def is ready to return to the top of the charts again. Just keep listening. YA'LL KNOW WHAT THIS IZ! Check out his music and tell me what you ya'll think. Also click Here to listen to his first single THEY DO.

Posted by Random Entertainment at 1:27 PM