LAKERS TRADE DEREK FISHER and PAU GASOL GETS TO STAY 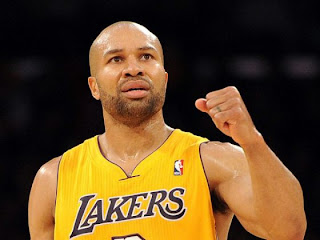 Words cannot explain how seeing Derek Fisher go, for the second time, hurts more than the first time. I remember back in 2005 when he left to go to Golden State, I was cool with it simply because he left on his own. So when I would see him in that Warriors uniform, I could just root against him (when he played against the Lakers). I felt justified. This time it was an organizational decision.

One of the greatest basketball leaders ever to play the game. The big shot maker, momentum changer, and most important, the AMBASSADOR to Kobe Bryant's conscience. Kobe openly admitted that Derek Fisher was the one person in the locker room that could tell him when he was messing up. For as great as Kobe is, for him to say that, says so much about who Derek Fisher is. Now because of obvious reasons, he is no longer a Laker.

Don't get it twisted, I'm so excited to see what Ramon Sessions can give to this organization, along with Jordan Hill, I just didn't want it to be at the expense of the one stable fixture you have in the locker room. I mean I would have rather seen Steve Blake go (he was already rumored to be leaving in a 3-team trade involving Minnesota/Portland). Now that's not to say that I don't like having Steve Blake on the team, but if there had to be an odd man out, I just never thought it would be Fish. With Darius Morris still developing, and now Sessions, just seemed Fish would definitely have been needed more. The question though, is would the "bulldog" have accepted very limited minutes off the bench? Honestly I'm not sure about that. But one thing is certain, if Houston buys him out, I don't want to be staring at him in the playoffs with the game on the line, and across his chest it says (I'm not a Laker: insert new team)...bye bye Lakers...I play for a new team now. smh

This will always be the greatest shot of his life..for me as a Laker fan. 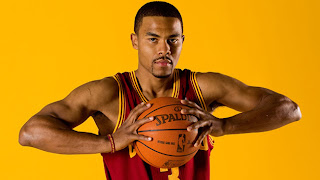 But now that we have to move on, who is Ramon Sessions. Well check out the point guard who will be asked to fill some very large shoes. I really do say a prayer for the young man, because it's not simply about performing on the court, with Fisher gone...he now has to show Kobe Bryant, that he deserves to be beside him on the court..smh...LORD HELP MY TEAM.

HaHa and I'm so happy for the big Spainard, Pau Gasol, who was not traded at the deadline. Check out his response once the trade dealine passed.

Posted by Random Entertainment at 11:45 AM