[VIDEO] THE VOICE S2 BATTLE ROUND: JESSE VS ANTHONY 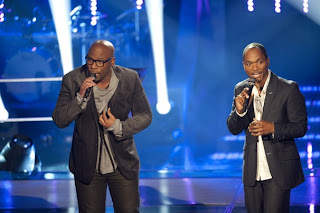 The most amazing battle of the night on NBC's television show, The Voice, came from Jesse Campbell and Anthony Evans. The two guys had to battle it out to see who would get the final spot on the live show, and they went all in. It's to bad that one had to be chosen over the other, heck they could have thrown any other contestant from the other teams out, and kept them both...lol. They both went all out on Alicia Keys hit song, If I Ain't Got You. Check it out.

Posted by Random Entertainment at 12:32 PM