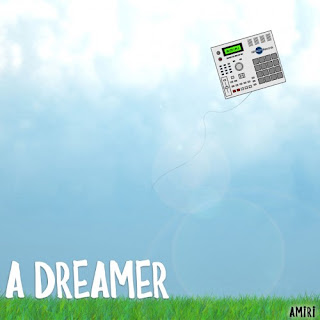 New HipNott artist, Amiri, drops his first single, from his upcoming sophmore album, Vinyl Ritchie, called A Dreamer. If you love true hip hop music, then you definitely want to add this joint to your collection. Along with I Do It, which has that old school Tribe Called Quest type sound. The album is slated to be released 5/22/12.

Amiri is back on the scene with an all new album entitled Vinyl Ritchie. Named after the fan favorite song“Vinyl Ritchie (2006)” off his last album, The Recipe, Amiri’s sophomore effort brings back the soulful boom-bap production that real Hip-Hop heads crave. The lead single, “A Dreamer” has the South Carolina emcee/producer envisioning the glamorous life over one of his trademark sample heavy tracks. Equally as dope is the buttery smooth B-Side “I Do It” which allows Amiri’s to express his motivational tools. (via HIPNOTT)

Posted by Random Entertainment at 7:28 PM