[BOOKING] @TEDDYRILEY READY TO PARTY WITH YOU

The acknowledged "King of New Jack Swing," producer/songwriter Teddy Riley's enviable list of platinum-laced credits include Guy, the Winans, Joe (the Riley-produced "Stutter" topped both the R&B/pop charts in early 2001), Johnny Kemp, Blackstreet, Keith Sweat, Michael Jackson, Mary J. Blige, Hi-Five, and Al B. Sure among many others. Born in Harlem, Riley grew up in the St. Nicholas projects. He began playing drums at three years old. At five, Riley picked up the guitar and the trumpet. When he turned eight, he began playing piano for the Little Flower Baptist Church. Later, he began playing in bands around New York. After meeting Kool and the Gang member Royal Bayyan, Riley was introduced to the arts of record production and songwriting. Hooking up with Gene Griffin in the mid '80s, Riley's many talents resulted in platinum hits for Guy -- the singing trio that included Riley and brothers Aaron Hall and Damion Hall. One of Riley's early production was Deja's 1988 Virgin LP, We Belong Together. In the early 90s, Guy disbanded and Riley formed Blackstreet with Chauncey Hannibal, Dave Hollister, and Levi Little. The self-titled debut album went platinum. Their second album, Another Level, followed suite and spawned the million-seller "No Diggity." Tiring of the rigors of big city life, Riley moved to Virginia, opening his state-of-the art Future Recording Studios in the mid-'90s 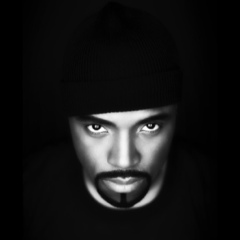 Posted by Random Entertainment at 1:05 PM