WHY @TMZ LEADING THE CHARGE TO DAMAGE @CHRISBROWN? 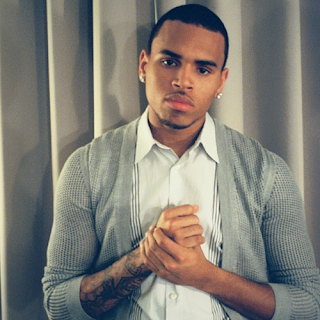 Chris Brown has had a week he probably would rather forget. With the situation with a valet over $10, to hearing Drakes latest joint (sublimely throwing shots), to introducing his new song: That's My P***y...and TMZ was there to start the arrow throwing from the beginning.

The gossip site first put up a video of Chris Brown having a shouting match with a valet over whether or not he needed to pay to park, after he was told he could park for free. See my problem with anything that TMZ puts up is that we have no idea if the video was edited in order to "sell" the story even more..but one thing we know is that it is Chris & the words spoken came out of his mouth. But was what we seen in the true context of what happened? Then the video of him in the club supposedly saying F* Drake...it sounded to me as if he said "where my f* drink" but hey...is that really a BIG deal being that in Drake's new freestyle, 5AM he had a few things to say


Some nobody started feelin' himself
A couple somebodies started killin' themself
A couple albums dropped, those are still on the shelf
I bet them shits would have popped if I was willin' to help
I got a gold trophy from the committee for validation
Bad press during the summer over allegations
I ain't lyin', my nigga, my time is money
That's why I ain't got time for a nigga who's time is comin'
A lot of niggas PR stuntin' like that's the movement
And I'm the only nigga still known for the music


And yet no one even truly talking about this..the fact that Drake STILL mad..smh.

Then there is the video where Chris is introducing the crowd to his new song: Tell Me That P***y Is Mine. And because of who his girlfriend is...TMZ had the headline: Chris Brown to Rihanna: I OWN YOUR P***Y! Just a horrible title, but one that would definitely get millions of hits to their site. When this video hit..the hate came in waves that are cataclysmic. I mean why are people: advertisers, radio dj's, and others discussing now if they should play his music again? That maybe it's time to just "bury" this guys career? Over that? First let me state...John Hart's new song: Who's Booty Is It? is stating the same message! Miguel (grammy award winner) has a song on his new album with the same title. And for anyone who has been in a relationship (as a woman you have heard this question before)...so why are people acting as if he spoke so disrespectful?

Chris Brown to Rihanna -- I OWN YOUR 'P****'!!!
- Watch More
Celebrity Videos
or
Subscribe

And of course the infamous Valet incident. Now with this one, I definitely think Chris should have first remembered HIS BRAND (what's left of it) and gave the man the money and walked away! I mean this was uncalled for...he just has to be smarter than this.

If I could play PR for Chris for one day...my only lecture to him would be..what do you want your legacy to be when you leave here? Whatever that is...you better focus on that, because you are being baited, goated, and poked, to mess it up for good.

Posted by Random Entertainment at 9:50 AM