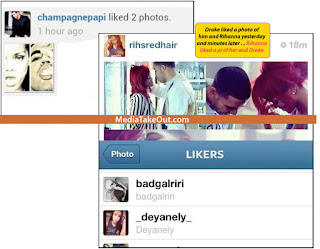 Drake has been all in the media the last few days. First his interview with GQ magazine dropped, where he made statements about his relationship with Chris Brown. I guess it's no coincidence that GQ recently added Chris Brown to their worst dressed list. With all the hoopla going on about the statements Drake made in the interview, he decides to like a picture of him and Rihanna on Instagram, then drop 4 new joints...in which one is definitely "inspired" by the Bajan Beauty. The song is called: The Motion. 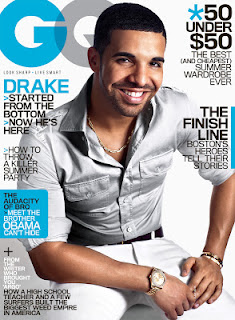 On Chris Brown drama:"I hear he has everything he could want now. I don't want my name to be synonymous with that guy's name. I really don't. I wish we could sit down just like you and me are right now, and talk it out man-to-man. But that's not going to happen. I'm not confrontational, but if someone challenges, I'm not going to back down. If I think about it too much, I feel it wrapping around my foot, like I get a feeling it could end really badly...Like, it gets really dark." (via GQ)

Why am I even speaking on this as if their is more to the story? People it doesn't matter to me who dates who, but I will say that when you are seeking marketing strategy, and how to make a bad situation work in your favor, look no further than Drake, heck or Rihanna. This song has been trending on twitter all day, and it's what the social media, and blogs are conversing about.  Now Rihanna is on the other side of the world, but every move she makes on social media does not go unrecognized.

So when you take a moment to understand that these two will probably sell anything that has their name on it, you will have realized how they take advantage of the media, in the same way the media uses them to eat.

Every artist need to learn how to use the media for their advantage. Cause one day they will walk out of their hotel, and they will no longer need a bodyguard...because people will have moved on....take advantage of the opportunity in it's fullness.
Posted by Random Entertainment at 12:56 PM