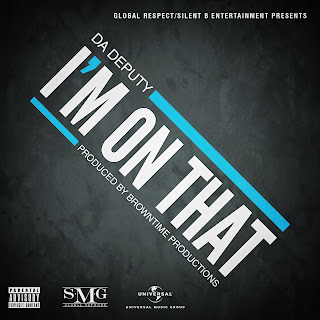 Check out new music submission from Texas own, Da Deputy, called: Im On That!


Da Deputy, a Hip-Hop Artist from Fort Worth, Texas, who is Signed to Silent B Entertainment & is The Founder of His Global Respect Crew. Dep stands for 3 Words "In Due Time". From The Success of his Previous Mixtape "In Due Time 2" Dep, has Opened Up for Artists such as: 2 Chainz (on The B.O.A.T.S Tour), Chamillionaire, Scarface, Tone Trump, Slim Thug and More. With Dep focusing on The Internet Grind, He was Featured in XPOZ Magazine (Issue #67 w/ The Game on The Cover) & selected by "Hot New Hip Hop" as 1 of The HeatSeekers for their Edition 11 Series.Also by uploading His Music to YouTube, both His Videos "Famous" which is at 20,000+ Views & "Private Resort" which has 18,000+ Views have helped Him tremendously. Both "Famous & Private Resort" are 2 Singles from His Mixtape "Johnny Dep" Hosted By: DJ Omega (from Wale's "More About Nothing" Mixtape) which is Free on Datpiff.com.

Download Mixtape: Johnny Dep
Posted by Random Entertainment at 12:56 AM