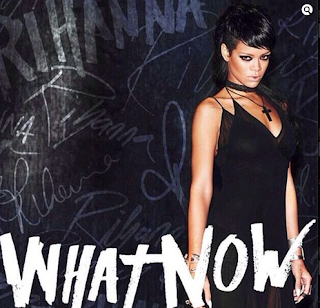 Rihanna delievered her brand new video to the #Navy today as promised. Her 4th single, What Now, off her latest album Unapologetic, had the visual shot to it while the singer toured overseas. It was directed by @UPRISING_DARREN @jonnycrave & @jeff_uprising. The singer decided to take on a more of what she called a "red carpet goth look" for the visual. Well as it seems that Rihanna is exorcising her demons in this video...I see it as her wrapped up in pure confusion as it pertains to love. It's almost as if she has no clue as to how it works...and the frustration is let out all on the screen. It's funny that in all that she is "alone"...but who can she call when she just been playing games with them all?" While on tour, right before the singer begins to perform this song, she starts by saying, "how many of you have ever been in love? Then you know how complicated that sh*t can be." Just to be clear..LOVE is not complicated, but it's not easily understood by those who have no UNCONDITIONAL relationship with it. God is Love.

Posted by Random Entertainment at 8:52 PM