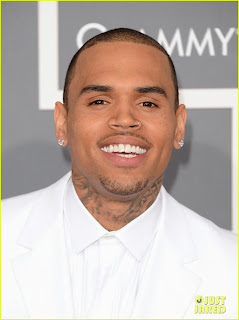 Superstar singer, Chris Brown, was seen out and about in LA yesterday causing a ball of confusion for his fans, affectionately known as TeamBreezy. The singer had checked himself into a "life rehabilitation center" two weeks ago in order to get a new perspective on his life. According to his reps


"Chris is continuing his rehab program as an outpatient and is also completing his community service in the Los Angeles area," Brown's rep tells E! News in a statement. "He appreciates all of your encouragement and support." (Source)


With so much going on with his life right now, I just want him to stay dedicated to getting himself back on track to the greatness that lies within him. It's crazy how people just give up on a person when the troubles come. We all seem to forget that just because a person goes through hardship, whether self inflicted or imposed by someone else, the greatness is still there. God's plan for that person didn't change because of bad decisions, or whatever. And just like most of us was crying out for Chris to grace a stage to pay homage to the late great Michael Jackson (because we felt like there was no one else to do it), we should understand it's still the same man..it's just that he going through his own trials and tribulations right now. I can't write Chris off, it's too much in him that we have yet to see and I'm HERE FOR ALL OF IT. Including that Chrianna reunion..yep...HERE FOR IT ALL.  So I'm constantly praying for this man to cut off the leeches, and Lots (Lot was Abraham's nephew who just came along for the ride..and was blessed because of Abraham, but had to be rescued by Abraham..smh) of his life...so that God can show him the fullness of who he is called to be. Because it wasn't until after Lot left Abraham that the Lord showed him what He had for him.

Can't wait for you to have a clear mind, a desire to go forward, and above all things a heart that continues to beat for what's right at all times.

Posted by Random Entertainment at 6:29 PM