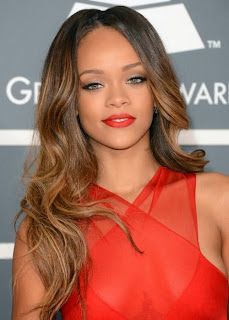 The upcoming American Music Awards let it be known that they have added an award to their list of categories this year...the Icon award. And the it's first recipient will be none other than Roby Rihanna Fenty.

Yep the 25yr. old Barbadian born singer has had a stellar year, from sold out arenas all around the world (record breaking as a matter of fact), to having her 8th straight #1 single in the UK, putting her alone with only two other legends, Elvis and the Beatles. Yes I would say that since 2005 Rihanna has put in work, and this is definitely her season.

Some are debating if she deserves this award, but I honestly can't think of anyone else who does currently. So congratulations RiRi.  At the end of the day, this is Rihanna's audience! 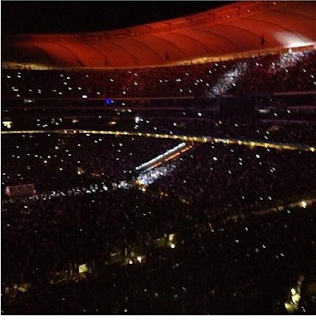 People when I seen this tweet from @molestmerihanna it just made me open my eyes to something that I heard in prayer on 3/14/2009
Robyn Rihanna Fenty was “VOICE TO THE GENERATION”
You know there is a verse in the bible that says “many are called but few are chosen”(Matthew 22:14)—-what that’s saying is we each have a calling(plan that God has for our lives) but only a few show up or accept His plan (many believe that they have a better one). Well one thing everyone should know about God is he loves to take the “foolish things to confound the wise)! I mean the Jewish leaders at the time thought Jesus would come in princely robes adorned with riches, and because he was born to a carpenter they couldn’t believe there was greatness in Him. The same with Rihanna. We often here her say “I’m just girl from the left side of an island” I’m sure that in all her dreaming she never imagined this success! And yet it’s just starting. All while anyone who can attempts to constantly tear down her character. Don’t people know that God loves flawed people? And that even when their flaws are exposed, as long as they depend on Him, more Grace is bestowed on them?! (Clears throat…David)
This woman who people criticize for what they consider her lack of talent in singing, dancing, you name it people find something negative to say about her, and yet naturally her success continues on! To a degree that she selling out stadiums! Stadiums ppl! If you think she is not a Voice To This Generation, you are living in a hole! The influence she has been anointed with very few have…and yet I’m not sure she understands the fullness of her gift!
Yet soon it will all come together for her! And when that understanding is fully grasped a generation will change right along with her…millions at a time!
Don’t believe me, just watch!
CelebrityMinistry


Posted by Random Entertainment at 9:07 PM