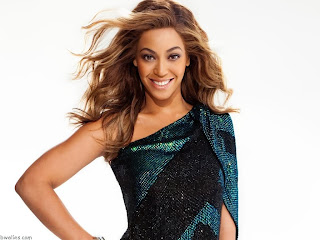 So things just came out of nowhere...a brand new Beyonce album. The self-titled album, seemingly just came from nowhere..because fans had given up that she would actually drop her album this year. Well internet (twitter) was fully blazed tonight as super producer stated his opinion on Beyonce and Rihanna stating:

now while the beyhive (beyonce fan base) was busy attacking JD (who has every right to state his opinion..one I actually agree with), Bey dropped the album via twitter, with a statement that hard copies would be sold, next month. Now I am one that loves a great marketing strategy, and to be honest I believe Roc Nation is one of the best to do it. So with Rihanna becoming tied with Michael Jackson in 3rd place for the most #1 hits, all the talk about her Icon award, and sold out tour...Beyonce goes on tour, and now boom the album..with guest appearances from Drake, Frank Ocean, just to name a few. The Beyhive, and the Navy can go back and forth forever, the bottom line is Jay Z, and Roc Nation are the ones winning. 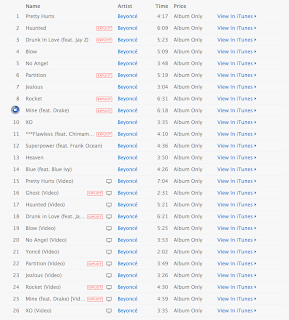 But let's talk about Chris Brown for one minute..do anyone remeber his plan at the beginning of the year to release 10 singles, with videos, all for his brand new album X? And it looks like now Justin Bieber (releasing singles) and Beyonce releasing her album with the videos..smh


Posted by Random Entertainment at 12:36 AM