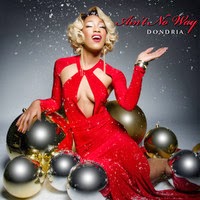 So So Def's recording artist, Dondria, dropped a brand new holiday song called: Ain't No Way, just in time for Christmas. The song, written by Tiyon "TC" Mack, and produced by Anthony Clint Jr...gives that true RnB feel to it. Dondria's vocals on this track are absolutely incredible. The songtress is gearing up to release a brand new EP called: Intermission, but wanted to give her fans something to hold them til the beginning of 2014. After talking with the songstress, she informed me that they did this song literally, "line by line!" Meaning as TC wrote, she sang it. She not done yet though...be on the look out in 2014 for a brand new Phatfffat! Again incredible. Take a listen, and download.


Posted by Random Entertainment at 6:29 PM