[INTERVIEW] One on One with @IMDMAC-DEAR DESTINY 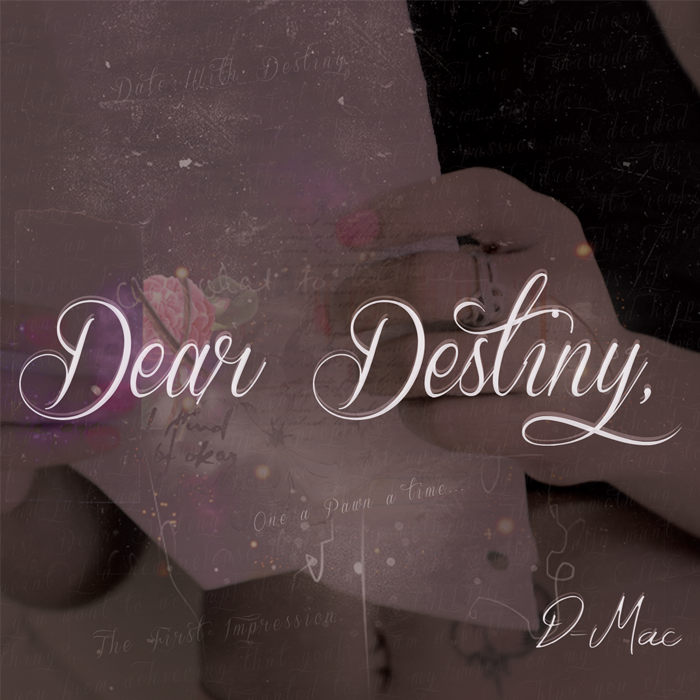 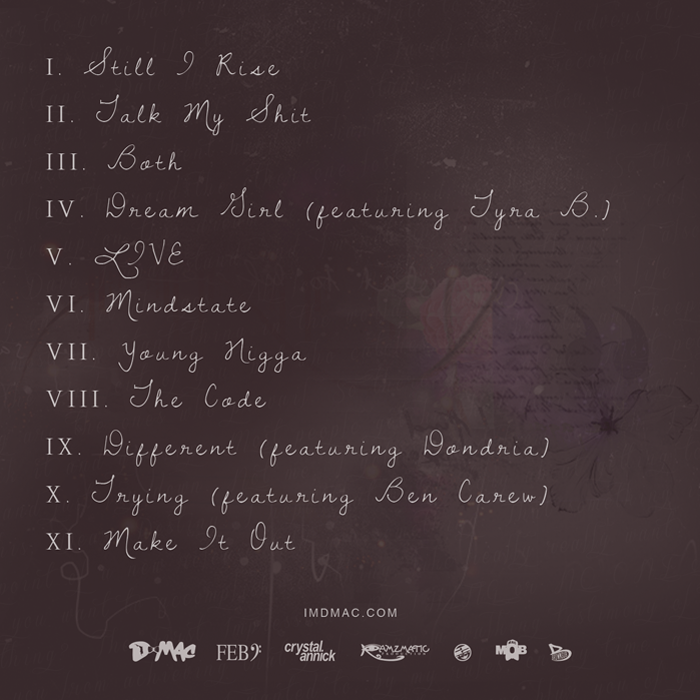 CelebrityMinistry had the pleasure of sitting down with D-Mac to talk
about his brand new mixtape: Dear Destiny! The follow up to his highly
successful #DateWithDestiny mixtape! It's 7asked and 7answered with CM
& D-Mac! Mixtape drops 3/3 check right back here for first
listen and DL!

1. How does Dear Destiny differ from the first impression & date with destiny?

As far as The First Impression goes I'd have to say the difference now is I actually have an identity. All my life leading up to that project I would just rap because it was what I loved to do. I had the "I'm gonna make this kind of song, and that kind of song" mindset just because I was good at it. Content wise though its always been personable and authentic and I think that's why people gravitate to it. Dear Destiny is a continuation of Date With Destiny, on steroids and antler deer spray.

2. What is the concept behind the powerful speakers you have on the mixtape(Maya Angelou,Jay z Etc)

Well with each project I release I want to share more and more about me personally. The people who I chose to take excerpts from are all people I admire and have admired growing up. The excerpts also either tell my story in a sense or are things that compliment the things I have to say to the world. Things that inspired me when I heard them, and its my way of paying homage to them by keeping their message alive and spreading it the best way I know how. Only person left out was Stevie Wonder, because he's on the intro of my next mixtape.

3. You have been nick named the best in Dade bar for bar...even won an award for best lyricist, how do you think u have grown lyrically on this mixtape?

Honestly it's hard to identify my growth on this project because I held back so much. This project was more about a sound. We'd been working on this sound for about three years now, I gave it a test run with the first version of Dream Girl, Opposites Attract, and Better on the previous project. I have a lot of things to say, but I thought with this project I would take a step back and let the sound do the work before I get into the things I really have to say and share. The production on this mixtape is incredible and I decided to let it lead the way.

4. Tell me about the production on the mixtape. Was this a collaboration of producers are did you work with one specifically?

This project is produced solely by Feb9. He will soon be the go to guy in Florida period. He produced a song off my first mixtape The First Impression entitled "My Will" which is still one of my biggest songs to date. Its just something about his instrumentation that you just feel. I really felt it was a disconnect between me and the songs I made because they were never built from scratch. I always made songs to beats, this time we created songs from scratch. So to answer your initial question, that is the biggest difference between Dear Destiny and my prior work and I think people will identify that instantly. He's also producing Dondria's new Ep as well as my next mixtape. So people are gonna see for themselves.

5. Now my favorite song on the mixtape is "Mind State" with that R. Kelly dripping in the background...tell me what drew that joint out of you?

That record began with me and my homie Donny Strynger. I told him the direction of my mixtape and that R.Kelly record was where it led to. I gave the idea to Feb9 and he made the magic that he always does. I gave the record back to Donny Strynger and that's him who you hear on the guitar. He is an incredible musician and is someone you will hear on a lot of my work that I can't wait to release. As far as the content goes, I gave the listeners the mind state I carry on an everyday basis being from where I'm from, and let Shawn Carter break it down further. Also one of my favorites on the project.

6. In the song "Live" you talking about yo style...Bow Ties & fitted caps...how much of Dear Destiny is based off your real life?

All of it. Every single bit. In very scattered detail at this point but all pieces of my life past and present. We'll get to the who's/what's/ and when's in a little bit ha ha.

7. Final question...this is CelebrityMinistry so how does your faith help you maintain who you are in this industry?

My faith is everything. I'm a believer. I grew up in a program called the I Have A Dream Foundation. It's been instilled in me since a toddler to be a dreamer. Where I'm from and where I was raised people have such low expectations for us and I've refused to be a product of that. My aunt was a minister, and if I didn't learn anything at all from her I learned faith and belief is the key to everything in life. "Aim it, claim it, attain it" is the motto I live by.


Posted by Random Entertainment at 2:55 PM