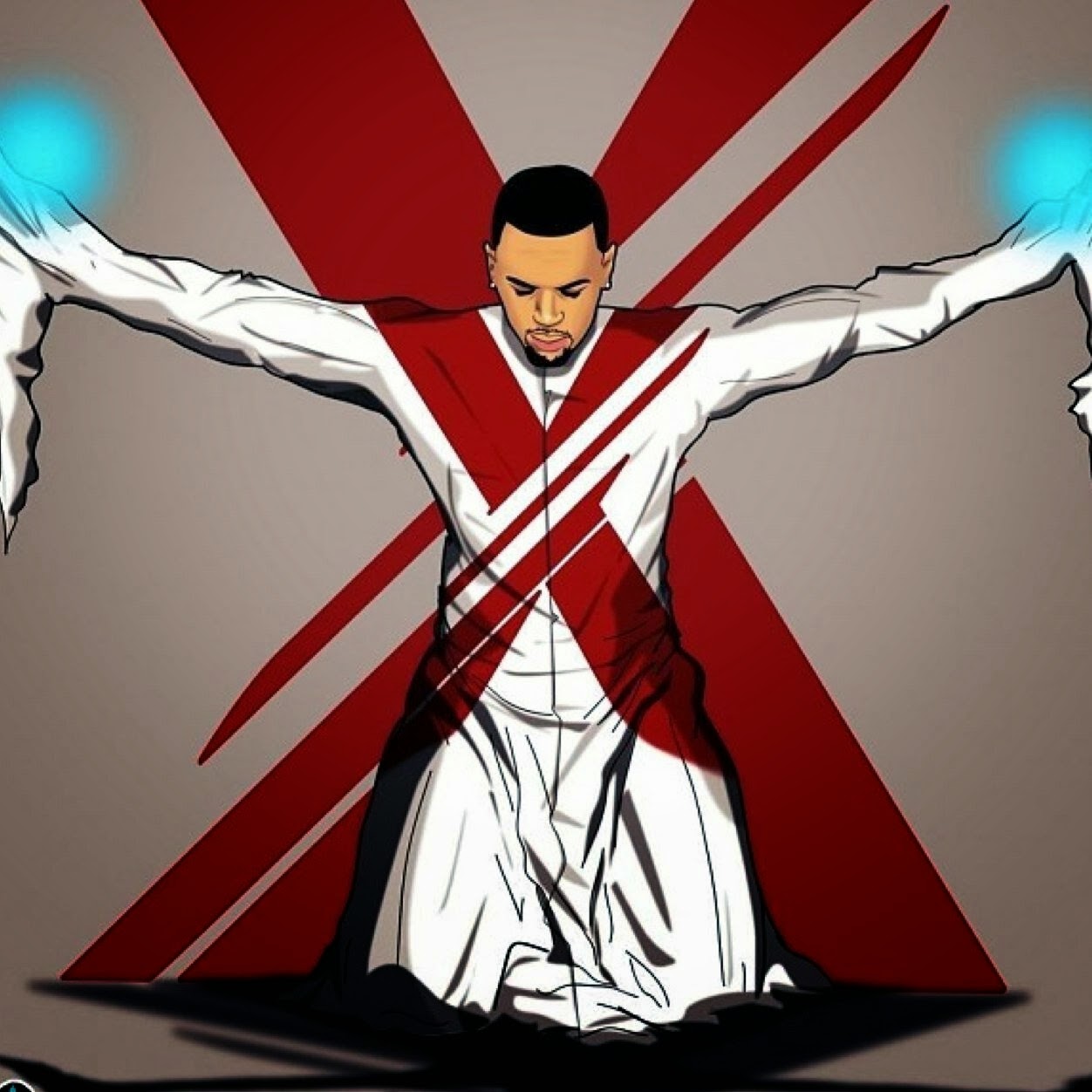 All of 2013 I kept hearing this “the devil want’s to strip Chris Brown of his KINGSHIP.”
I had no idea what the Spirit of The Lord was saying or what He meant by that so I had to go and study kingship as it pertains to the Father.
Kingship-The position, office or dignity of a king, the personality of a king, government by a king. A person who holds supreme authority over a nation or city.
John 18:37 “You are a king, then!” said Pilate. Jesus answered, “You are right in saying I Am a King, in fact, FOR THIS REASON I WAS BORN, and for this I CAME INTO THE WORLD, to testify to the truth. Everyone on the side of truth listens to Me.”

When the enemy comes to steal your kingship, he is trying to grab the authority reconciled back to you through Christ. In doing so leaves one confused, and seemingly paralyzed, or stuck where they are. Easily influenced, searching in wrong places (like how Saul sought out Samuel after he was dead). Kingship that’s 2nd or regulated or limited by the KING (GOD) HIMSELF. Regulations are the commands of God.

When The Lord has anointed you to do a great work, you should never think that your life will be easy going. The enemy will come with everything he has (which is really nothing because GREATER IS HE THAT IS IN YOU THAN HE THAT IS IN THE WORLD) to attempt to get you to RENOUNCE ( give up, such as power, as of monarchs and emperors, or duties and obligations, leave (a job, post, or position VOLUNTARILY), turn away from; give up, cast off) the WORD that HE SPOKE concerning you before you were ever born!
It’s no secret that I have said over and over again that Christopher Brown and Robyn Fenty are called to a GENERATION to change it’s course, to turn the generation BACK TO GOD, all by the power of the HOLY SPIRIT. The enemy attack to attempt to keep the king (Christopher) from reaching his kingship level…which will put the queen in a vulnerable position. Yet through Christ, they have the victory.

Let me remind you of how these things have been taking place…if you have ever paid attention..Christopher and Robyn both have made several references concerning kings/queens…pics of lions..where Robyn says “they run sh**”..her on Wale track saying “got a thing for a king but you not a king”..him responding on War 4 Ya..”what’s the use of having a crown you don’t have throne, you king you need a queen…” and not to mention when Joyce tweeted “REMAIN STRONG MY BLACK KING” mockery that came with that tweet to the degree that I believe she deleted it. When I wrote up “An Intercessors Word to Rihanna” and there is a part saying that Christopher is indeed a king..mockery of his kingship also came again. But if you go back to John 18:37..you will see just as Jesus announced he was A KING…he never renounced WHAT THE FATHER SPOKE CONCERNING HIM before He ever came into the earth. The devil tempted Him with everything he had..all while continually trying to make Jesus question if He really was a king or not. (Read luke 4) 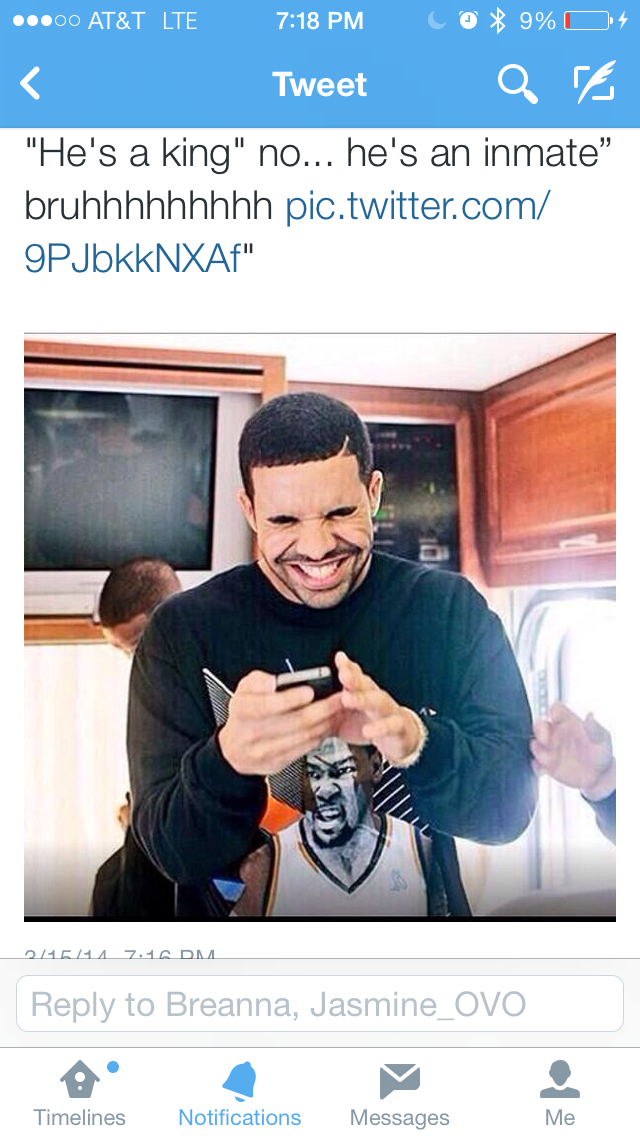 Disclaimer: The pic is just evidence to show the mocking of KINGSHIP..not for who the person decided to use in the pic (drake has nothing to do with this)

Ya’ll constantly see me say: Rihanna is playing chess..and the object of the game is for the Queen to protect the King (it’s only when he is vulnerable)..you know like how a lioness protects her cubs. Yet when the king is restored…whew…He shall rule and reign. There are no such things as coincidences in life people. There are no grey areas…either you are for God or you are against Him. It doesn’t have to make sense to our finite minds lol…His thoughts are above our thoughts, His ways above our ways! We simply have to trust Him.
If you ever want to know if a WORD IS TRULY FROM GOD..just wait for the enemy..the bible says in Mark 4..the SOWER SOWS THE WORD, and the enemy comes IMMEDIATELY to snatch up what was sown. So when all hell is breaking loose in your life, start rejoicing because you know you have truly received a word from God.

Get your mind away from SOCIETY’S VIEWS..God is so beyond the WORLD SYSTEM. This has NOTHING TO DO WITH STANNING FOR RELATIONSHIPS..it’s beyond choosing sides..it’s about an ENTIRE GENERATION..why God chose them…WHO KNOWS THE MIND OF GOD?! Yet I trust Him.

So my prayers my assignment as an intercessor for Rihanna particularly..and Christopher as he is under attack. There is a war in the heavenlies for Christopher and ROBYN…but rejoice for the battle has already been won!

If you say that these people are your favorite artist, or entertainers..I would pray that for those of you who have a relationship with Christ would pray for them. Entertainers are not above prayer. And you definitely shouldn’t wait until they are seemingly in prayer to start praying for them. No one is above prayer. And the fact that God put it into the heart of millions around the world to set aside a time to pray for this young man tells you that God has a calling on his life that goes beyond his talents. He is called to do something that without God, he won’t be able to do.

As for Robyn…3/14/09 I heard The Lord say “Robyn Rihanna Fenty is the voice of the generation.” Isn’t it funny that every since then..we hear her say things like..she don’t want to be a role model because of what people expect that to mean? Just like you constantly hear Christopher say things like he too young to think about marriage and etc…just know that God has a way of giving us clarity on every aspect of the calling on our lives. Whether Robyn realizes it or not..everything she does, she influences millions (she never has to say or approve of the “role model” term as it is now..but daily she defines it because of the influence she has been given). With a heart the size of a continent..Christopher shows daily he was born to have his own family, to be a husband, father etc. Yet actions contradict the calling? Why though..lack of understanding that’s all. But I believe that when you see/hear from him again..things will SOUND different.

In all things YOU SHOULD ALWAYS PRAY TO GET UNDERSTANDING FOR YOURSELF..and please let GOD OUT OF YOUR RELIGIOUS BOX. Even for you..God has called intercessors to pray for you. It’s not a foreign concept people. God does not just choose ppl you know to pray for you..you know why? Because most of us don’t listen to the people we have known our whole lives (cause we have judged them to not be qualified most of the time to give us a word from God…ie the religious leaders of Jesus day..saying isn’t he a carpenters son? Isn’t he from Nazareth? Isn’t he James brother? etc). I’m telling ya’ll God is moving, please if you don’t do anything else..GET TO KNOW JESUS! Get in an intimate personal relationship with HIM.
LOVE CM