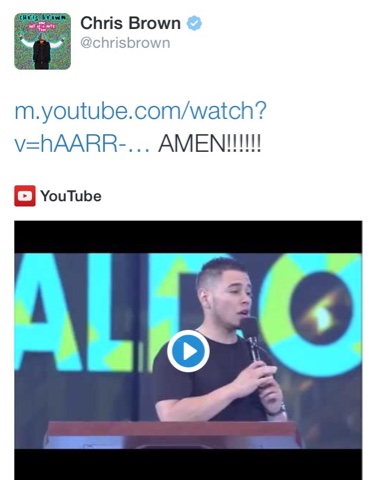 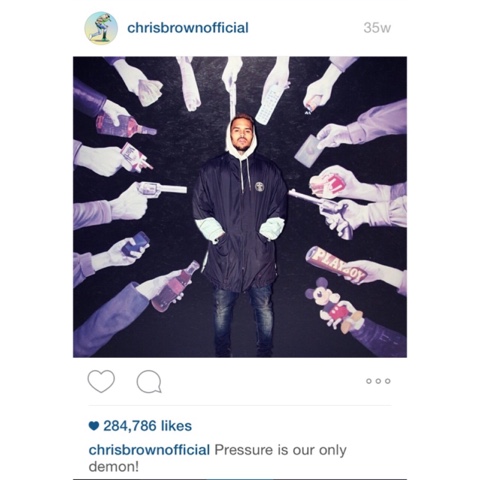 Can we just take it back to 2yrs ago..around this time..2013! Remember the words of Pastor Macdonold “he had needles all around him, filled with demonic forces all around him, and in the spirit he saw himself go over and lay hands on him, and he was delivered…layer by layer” it was particular in June of 2013 when the Lord began to speak to me concerning Chris Brown, and since that time so much has happened, from rants to rehab, to jail, to loyalty to the wrong ones, division, isolation, drugs, sex, gangs…YET GOD!! We have seen two random shootings, media draggings, etc…SPIRITUAL WARFARE! And on this day that CB tweeted the link to this sermon those who listened heard him speak concerning “Hollywood” to this generation. Spoke about the Lord wanting this generation..etc.
That was two years ago! And from then to now we see LAYERS BEING PEELED BACK! We see what was once obstacles, no longer a threat to his life, his kingship. Yet this is the time to pray more! Keep him lifted up! When the Lord delivers us, the temptation will find its way back around, it’s in that moment u truly see how far u have come or how much u have grown.
CB like the rest of us is a work in progress..the Holy Spirit is working in him to get him to the place God called him too and He won’t fail.
To God Be The Glory!


Posted by Random Entertainment at 10:44 PM