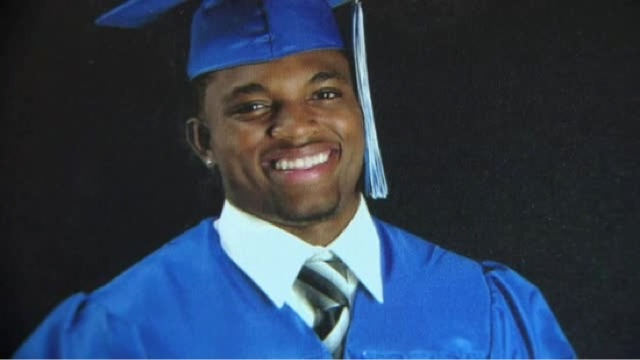 Those are the facts.

What's wild, though, is he's still free—probably home watching The Price Is Right, while a beloved teenager is dead and gone. A younger brother lost his role model, a girlfriend lost her love, parents lost their pride and joy, teammates lost their inspirational leader, countless friends lost the most generous dude they knew.

1. Officer Brad Miller, a 49-year-old trainee of the Arlington Police Department, clearly failed Taylor. It appears that Taylor, who was unarmed, needed some type of medical intervention, but instead was shot and killed by a man who was clearly intimidated by nothing more than Taylor's blackness.

2. The Arlington Police Department failed Christian Taylor, failed his family, and failed the nation on how this shooting was handled. Taylor's father said the police wouldn't even speak to him or take his calls. As most police departments do, agency officials then floated a fake story about the murder for days to protect their officer. This story did untold damage to Taylor's reputation and set the tone for how millions of people first saw the case.

The local paper called it an altercation.

Now police admit Taylor was actually 7 to 10 feet away when shot by Officer Brad Miller and no struggle ever took place. At all.

Posted by Random Entertainment at 12:15 PM