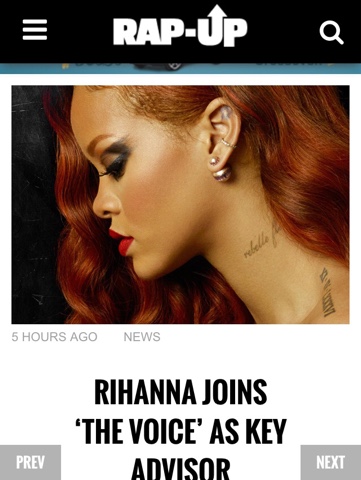 Rihanna is coming to “The Voice.” The “Bitch Better Have My Money” singer will join Season 9 of NBC’s hit singing competition as “key adviser” to judges Pharrell Williams, Gwen Stefani, Adam Levine, and Blake Shelton.

The network made the announcement during the Television Critics Association summer press tour on Thursday (via The Wrap), and “The Voice” welcomed RiRi on Twitter. 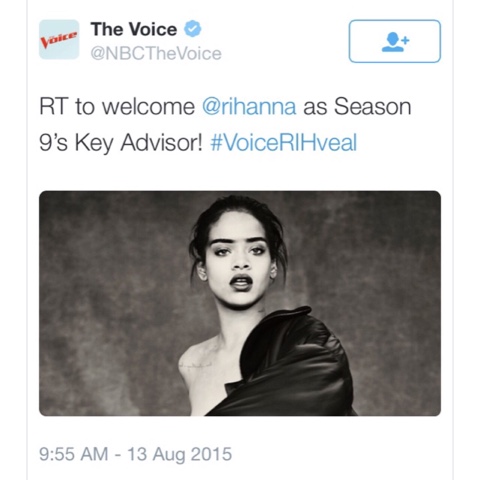 She is the latest superstar to join the lineup. Missy Elliott will serve as celebrity advisor to Pharrell Williams, Selena Gomez will guest as Gwen Stefani’s advisor, John Fogerty as Adam Levine’s, and Brad Paisley will be paired with Blake Shelton.

Posted by Random Entertainment at 6:33 PM