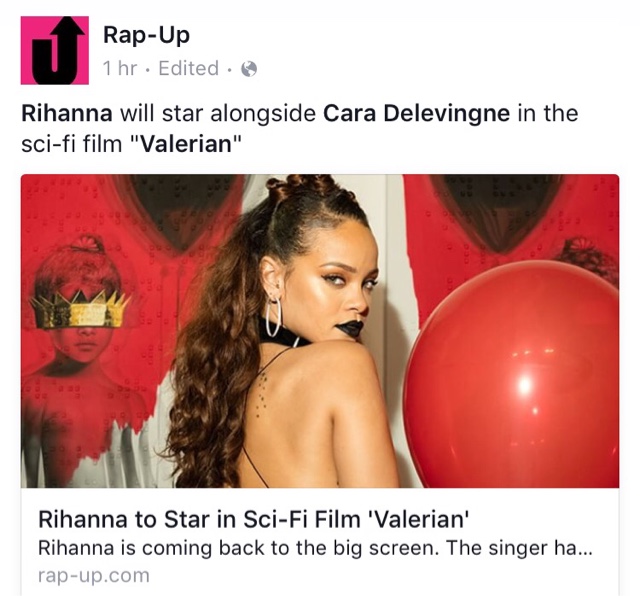 Rihanna is coming back to the big screen. The singer has landed a role in the sci-fi film Valerian and the City of a Thousand Planets.

Director Luc Besson made the announcement on his Instagram account. “RIHANNA is in VALERIAN!!!!! ….and she has a big part!! I’m Sooo excited!!!” he wrote.

According to Variety, she joins a cast that includes Cara Delevingne (Paper Towns), Dane DeHaan (The Amazing Spider-Man 2), and Clive Owen (Closer). Production begins in France in January and the movie is set to hit theaters on July 21, 2017.

The big-budget film is based on Pierre Christin and Jean-Claude Mezieres’ graphic novel and takes place in the 28th century when humanity discovered time travel.

Rihanna previously starred in 2012’s Battleship and lent her voice to the animated blockbuster Home.