Love this shirt I found on @hisblessedone12 website! "I Can't...but Jesus Can" speaks volumes!  John 15:5 "I Am the Vine; you are the branches. If a man remains in Me and I in him, he will bear much fruit; apart from me you can do nothing." Going into 2016 we are sitting down with our vision boards, list of goals to accomplish for the new year, or just simple resolutions of change. Yet not all of us have thought about if we are attached to the Vine or not.  The Word says separated from Him(the vine) we can do nothing. The branch can't produce life without the vine! So in order to bear GOOD FRUIT, or FRUIT THAT SHALL REMAIN, is to be attached to the VINE!  So even though "I Can't...Jesus Can" (LINK IN BIO) The shirt is made available on #HisBlessedOnecom use the coupon code CelebrityMinistry20 with your purchase for 20% off discount! Available now!  Follow @hisblessedone12 #celebrityministry #christianapparel #john155 #vine #branches #Jesus #Christ #Lord #vision #DontLeaveHimOut #celebrityministry20 #theclarksisters #blessedandhighlyfavored #purpose #favor #blessed
A video posted by CM (@celebrityministry) on Dec 30, 2015 at 1:18pm PST

Posted by Random Entertainment at 10:31 PM No comments: 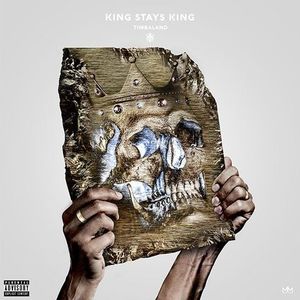 Posted by Random Entertainment at 11:50 AM No comments: 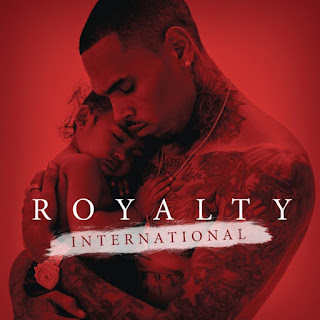 Chris Brown drops a 5 song EP for his international fans: Royalty International EP. The tracklisting is

Posted by Random Entertainment at 9:30 PM No comments:

SWV is gearing up to release a brand new album. They just released the second single: MCE(Man Crush Everyday). The album is called Still, and it's available for pre-order now on Itunes. Take a listen.
Posted by Random Entertainment at 9:17 PM No comments: 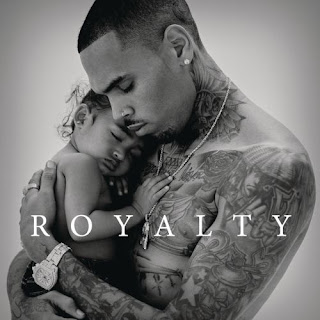 This is probably my favorite joint on Chris Brown's highly anticipated album: Royalty. In the song he sings so melodically on the track, "I discoverrrrrr, " take a listen and tell me what you guys think and tell me your favorite track.

Also be sure to cop his 7th studio album. It's probably one of his most diverse album he has ever made. From Pop, to Rap, Chris Brown covers all the genres. You can stream the album on youtube, spotify, tidal, and Apple Music.


Posted by Random Entertainment at 11:25 AM No comments:

[MINISTRY] HOW TO LOVE UNCONDITIONALLY

Speak Lauryn!!! Have people even thought about WHY walking in unconditional Love is “difficult” for us? Why our emotions seem to always trump what we know, which effects what we do? It’s because we don’t understand how the Father created us. We were created from the INSIDE OUT, not the OUTSIDE IN. We generally LIVE in reverse order. The original design by our Father in heaven is : SPIRIT SOUL BODY…and that is the way we are to live. Yet we find ourselves living by man’s order of Body, Soul, Spirit. Now…what does this mean exactly. Well your spirit is the REAL YOU! It’s the part that when you accept Christ as Lord, it’s REBORN! Now why must that happen? Because of sin! The sin that occurred in the garden, caused all men to be born into sin. SPIRITUALLY! And that’s why physical death is nothing, but to be dead spiritually well thats eternal, so you must be born again!  Now once you are born again, you must GROW UP, or MATURE into who God originally created you to be! Yet depending on the age that you were reborn, so many things have “settled” in your SOUL as right, wrong, necessary, acceptable etc. And yet God has not changed! So in your SOUL is where the tug of war begins. Maybe you are struggling with fornication, adultery, homosexuality, lying, being critical, judgmental, hateful, idolatry, unforgiveness, so for and so on. It’s right here that the decisions that are made will tell you which ORDER you are living in. Because your BODY will do and respond in whichever way your Soul tells it to.  See your BODY is in complete and utter conflict with your SPIRIT DAILY!!! The two are constantly at war! (Romans 8) And whichever one you have been FEEDING the most will win out every time! Yet it’s only ONE THAT WILL LIVE FOREVER: that’s right, the real you, your SPIRIT. So what did the Father do? He gave HIS SPIRIT to those who accepted Christ as Lord and Savior, to LEAD US INTO ALL RIGHTEOUSNESS. So that we can know and understand the right way to go! And the things to say yes to, or no to! Most importantly that we will KNOW LOVE AND COME TO AN UNDERSTANDING OF LOVE. Why? Because GOD IS LOVE! Read the rest at CelebrityMinistry.com
A video posted by CM (@celebrityministry) on Dec 19, 2015 at 8:09am PST


There is NOTHING in this world that can separate you from the LOVE of God! Sin can separate you from the PRESENCE of God if we do not repent. But nothing can stop God from loving you! He PROVED IT when He sent His greatest GIFT to you, WHILE WE WERE STILL SINNERS! 🙌🏿
So that’s why we struggle to LOVE unconditionally, because we live from the outside in, but you were created to live from the inside out! And the bible says:
“And this hope will not lead to disappointment. For we know how dearly God loves us, because he has given us the Holy Spirit to fill our hearts with his love.”
‭‭Romans‬ ‭5:5‬ ‭NLT‬‬
You see that! So the next time you are ready to stop loving someone, give up on them, remember you have HIS LOVE in your heart! And just as HE LOVES everyone, we are commanded to do the same!
So 1st before you accept a mate: SEEK GOD! Because your capacity to love that person, especially when it gets hard (remember it’s the spirit that’s operating that you are at odds with, not the physical person u can see) is very important to know and understand. Now God’s capacity to LOVE US is through it all! He has seen our whole lives, and yet He sent Christ anyway!
2nd whom God has joined you too, this is in marriage, friendships, etc…miles of separation means nothing, worldly decisions(things u decided without God) will only keep/hinder you from destiny. Your soul only knows two ways to go, by the dictates of your body, or the dictates of your SPIRIT! One is driven(fed) off of societal views, and the other the guidance of the Holy Spirit who (Leads us into all truth, tells us things that are to come)!
Now tell me again,why is it so difficult to LOVE UNCONDITIONALLY? Simple, we do not know or trust GOD BY HIS SPIRIT to do all the things He said He would do. Instead we say: we create our own destiny…well yes to a degree, because if we do NOT WALK BY FAITH IN GOD concerning HIS PLANS for our lives, then every decision is creating a destiny that God did not plan. So when you SEE HIM, what do you believe will be His statement? Because though on earth you may have accomplished a lot in man’s eyes, you STORED UP ZERO TREASURE or CROWNS in the place where it matters for all eternity!
Don’t focus on the temporal, focus on eternal! And learn that LOVE IS THE KEY TO IT ALL! Cause when you get to unconditional, the most important person in the room: IS GOD!
Have a great Saturday guys! -CM

Posted by Random Entertainment at 11:34 AM No comments:

LOVE this new joint from Tyrand. Keeping it true rnb. Take a listen and tell me what you think.
Posted by Random Entertainment at 8:40 PM No comments:

Brand new joint from D-Mac  off his upcoming mixtape: Destiny. Take a listen.
Posted by Random Entertainment at 6:59 PM No comments:

Posted by Random Entertainment at 6:57 PM No comments:

NEW MUSIC: @IAMLATOCHA-MISSING YOU THIS CHRISTMAS

Posted by Random Entertainment at 6:52 PM No comments: 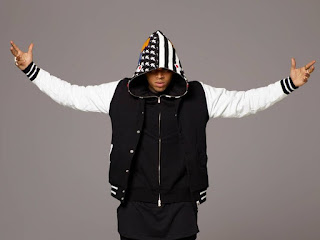 LOS ANGELES (Dec. 7, 2015) – Multi-platinum selling artist Chris Brown today announced the ROYALTY LIVE concert series in support of his upcoming album, Royalty, due out on Dec. 18 on RCA Records. Chris will hit the stage at the Aragon Ballroom in Chicago, IL on Dec. 13, The Masonic in San Francisco, CA on Dec. 16 and the Palladium in Los Angeles, CA on Dec. 18. Tickets for all shows go on sale Tuesday, Dec. 8 at 10:00 a.m. local time at www.livenation.com. Every ticket purchase comes with a physical copy of Royalty. For every ticket purchased that comes with a physical copy of the album, a $1 donation will be made to the Children’s Miracle Network Hospital and Best Buddies.  Royalty is the seventh studio album from Chris Brown and has already produced hit singles including “Liquor” that peaked at #3 on the Billboard R&B/Hip Hop Airplay chart. Join the conversation at #RoyaltyLive.

GRAMMY Award®-winning singer/songwriter Chris Brown made his sixth #1 album entry on the Billboard R&B/Hip-Hop chart with the release of 2014’s X (RCAS Records). The album also debuted at #2 on Billboard's Top Albums chart, marking his sixth album debut within the Top Ten. X sold over 140,000 units in its first week and has since sold over 400,000 copies. Earlier in 2015, Brown released his first collaborative studio album, Fan of a Fan: The Album, with Tyga.  The album debuted in the Top 10 on the Billboard 200. Chris recently wrapped up his sold out One Hell Of A Nite Tour earlier this summer that played to nearly 300,000 fans across North America.  With an ongoing list of chart-topping albums and singles and hugely successful tours, Chris remains one of today's most influential entertainers.

SOURCE: POWER106
Posted by Random Entertainment at 7:46 PM No comments:

Posted by Random Entertainment at 6:25 PM No comments: