[NEWS] ARE WE FINALLY ABOUT TO GET @RIHANNA NEW ALBUM ANTI? 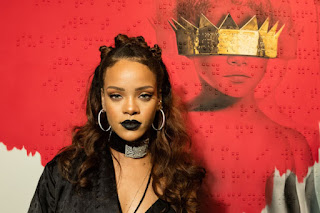 Is Rihanna finally ready to give us her long awaited album: Anti? With her bestie dropping pics of the Mogul in the studio last night in Paris.


The world is awaiting the release greatly. The only question for this blogger is does Rihanna have the chance, to do astronomical numbers such as Adele? I think so. The world is literally waiting. Not to mention with her letting it be known that Kanye West is no longer Executive Producing the album, that seems to have the fans excited. I mean after hearing him say "he wanted her to put more trap music on her album" or the fact he even put Travis Scott anywhere near this project.

Oh my! 🙌🏾 #PraiseGod  This project will be a classic! I know it will be that album that will have people clamoring for more of #Rihanna  Just thank the Lord for hearing prayer and bringing His word to pass.  #praytheWord #celebrityministry #day17 #fasting #rihanna #kanyewest #Anti
A photo posted by CM (@celebrityministry) on Jan 20, 2016 at 6:05pm PST


This album will be a classic. It will have people clamouring for more from Rihanna, to the degree that everything she drops, endorses etc will be sold out. -Intercession for Rihanna