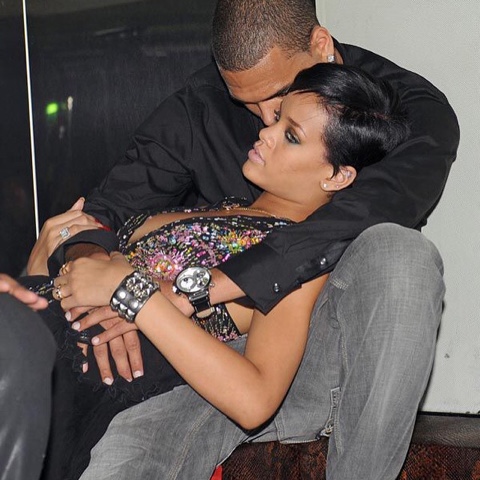 Meditation of Reaction vs Result

Chris feasted on Rihanna (meditation on reaction) yet he hated the result. The weight he gained. Rihanna had to in turn cut him off at the table so he could get back to his true self. The result is him being able to see, the food(Rihanna) is not the problem. The problem was his his decision to focus on the reaction vs the result of the reaction. Yet what happened to Rihanna as a RESULT of her meditation of her reaction of cutting him off? She GREW! Became (fat) prospered! How? Because, spiritually, the DOWRY is given to the woman(wife), and it will produce All That the Lord gave her in the dowry. Especially when the wife's heart REMAINS for the husband. Because it is God's will that the two He joined see the manifestation of EVERY WORD HE SPOKE CONCERNING THEM. Being that two are ONE(it happened long before they ever even met or says I do, ITS SPIRITUAL) no matter if one is not walking currently with the other, the word still stands and the one who is will still produce the fruit of the dowry. And when they both begin to walk together in AGREEMENT with God's word for their life, they will see that the "time" was redeemed, that the blessing of the Lord was there like He said, that He fulfilled His word.

And what is that? It's feast or starve? It's Gods victory or mans victory? Prosperity (wife children inspiration)or mans version of rich(houses cars clothes women)

King Christopher's mindset was refocused. To see the truth of his mediation. Understanding the true reason of his inability to "leave her alone" or "not care" HE MUST Drink. Drink what u may ask? Water! From Rihanna's well(dowry)! He could "feast" from hundreds a day, find one and attempt to GIVE her a well he could drink from, the problem with that is this: any well he manufactured would not have the NUTRIENTS he needed to walk in his full kingship. That water is ONLY in the dowry of the one God joined him too. Remember we are spirit, so if you trying to understand this by mans logic, that's impossible.

Whom God has joined together let no man separate.

Posted by Random Entertainment at 3:33 PM