Hey Loves! ❤️ Watch the EXCLUSIVE premiere of my visual for #2Good RIGHT NOW  At Hellobeautiful.com 😘 #DonDattas #hellobeautiful
A photo posted by Dondria💋 aKa Phatfffat🍕 (@dondrianicole) on Jun 21, 2016 at 8:14am PDT

So So Def songstress Dondria Nicole faces the dark side of love in her most self-inspired visuals since her debut single, “You’re the One.” The 29-year-old beauty gives an emotional performance in her latest release, “2 Good.”
“I wrote ‘2 Good’ with the state of mind that I finally figured out who I was and what I wanted, and I wouldn’t accept anything less,” Dondria said. “I had been in a situation with this guy and he laid it on so thick, he won me over in two seconds. I let my guard down and allowed him in (even with trust issues), only for him to disappoint me time and time again.”
Ultimately, Dondria wants to help any woman who has gone through similar heartbreak.
“Even though I know my ladies can relate to past or present disappointment, I also want to inspire and motivate them to love themselves so much that they have the courage to walk away from an unhealthy relationship. Be confident in who they are and what they want and be able to say, ‘Look, honey, I luh ya, but I’m just “2 Good” for you,'” the singer added. Hellobeautiful.com


Posted by Random Entertainment at 2:59 PM No comments: 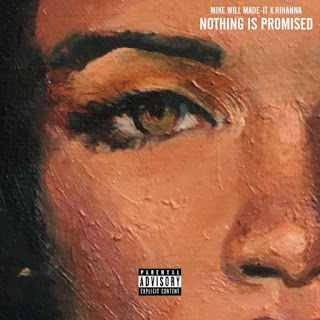 YES! FINALLY! The Mike Will Made It collaboration with Rihanna is finally here: Nothing Is Promised. The song dropped today, as the first single off of his new album, Ransom 2. Rihanna turns into "RapAnna" on this track spitting bars like
Shoppin' in Paris
We gon' go shoppin' in Paris, nigga
They can't even compare us
They can't even compare us, we're rarer' than niggas
Rarer' than niggas
I never did mention that sh*t comin
That shit ain't comin'
We swimmin' in money, we drownin' in hundreds
I keep a duffle bag on me like Tity Boi and Dolla
Roley aint takin that million on off
And if they don't love me, f**k whatcha talkin' 'bout
I'm in love with the cash, I put that on my mama and father


She did her thang on this joint. The song didn't make her Anti album, but the #1 hitmaker made sure to drop this one in affiliation with Westbury Road Entertainment. Definitely a summer banger. Check it out and cop it on Itunes now.

Posted by Random Entertainment at 4:37 PM No comments: