[MINISTRY] IF THE MASSES ARE PLEASED CHECK YOUR YES 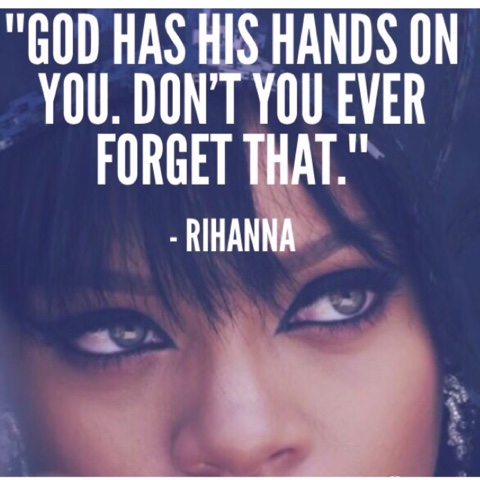 Submission
For years now I’ve been quietly praying for Rihanna as a woman. Not one half of a specific couple but her as a woman. There are some things I know about her as sure as I know the stars hang in the sky. 1. She is a prayer warrior. She doesn’t even have a clue yet how serious that anointing is on her life but one day soon she will. She is assigned to pray her lineage into heights the heavens have pre-ordained. There are some strongholds that SHE is assigned to break over her children and grand children and the enemy has been on the attack trying to stop her so he can stop them. This isn’t just about her. This is about what and who she has been predestined to bring forth. That’s what these attacks (starting from childhood) have been about. That’s why the enemy has been after her reputation. If he can get her to believe, even on the smallest level, that she isn’t truly worthy he can divorce her from her purpose and kill the promise of her generations. 2. She’s intended to be the coverage of a man of God. She is a purposely intended helpmeet. She’s never changed from what she views her role to be as a wife. In fact the bigger she gets the more staunch she remains in what she feels her role is. And the role she keeps describing is biblical. It’s not anything from her upbringing or culture, it’s planted by God in her spirit.
It’s already done but please intercede for her. Keep her, her connection to God, her ability to hear God and most importantly her need to heed His voice lifted up. She is the root.

This was a submission to CelebrityMinistry Tumblr

To God be the glory!! I just want to give God praise for you. Since October of 2012 when the Lord said “whose praying for Rihanna, and I said Lord idk, He said you pray for her.” These are the things the Lord has shown. People do not understand the subtle and craftiness of the enemy. His desire is literally to ensure that you do not walk in your purpose. I tell ppl daily if the masses LOVE IT, u better re-evaluate what you said yes to. This is REAL! The devil knows if he get the root, then he has succeeded. That’s why the battle is so severe. I keep her in prayer, along with the other intercessors I have met. Also, ppl don’t understand Ishmael & Isaac results. Prayer points the marriage(that she is joined to the ONE CHRIST ordained before the foundation of the earth, the womb, her children and grandchildren are covered by the blood) Wow it’s moments like these that the Father has orchestrated to ensure your faith is strengthened, that reminds you of His love. Thank you again. 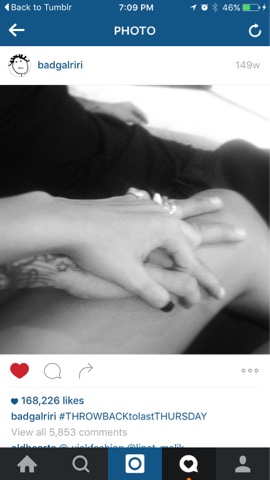 It's never easy when destiny includes being FIRST at something. She had a lot of first in her career and can see how difficult it was to attain that goal. Well it's no different in our personal lives. A royal diadem is built to endure. Your ability to pray, have faith, to such a degree that when all are against you, even the one you praying for, you won't give up! U won't quit, because you know it's not just ABOUT YOU, it's about the generation after you. It's about God's purpose for you.

To God be the glory indeed.
-CM
Posted by Random Entertainment at 9:37 AM