[MUSIC NEWS] XSCAPE IS BACK! 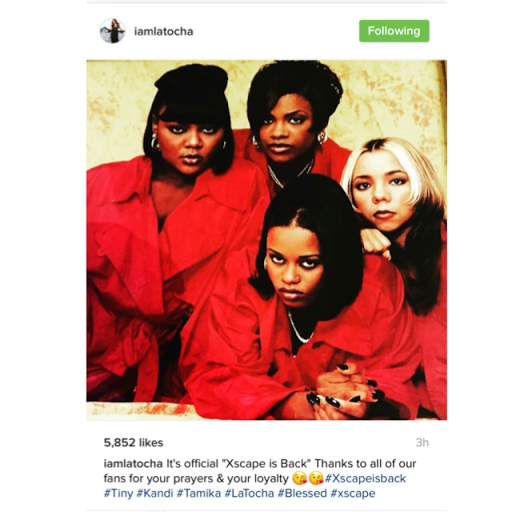 I am so happy to hear this announcement! 1/4 of the 90's multiplatinum group, LaTocha Scott let the world know that all 4 original members are back.

We all know the drama that surrounded the break up and continual distance between members of the group. Well now, it's a thing of the past! And hopefully for good! Kandi let it be known she is definitely back with the group! 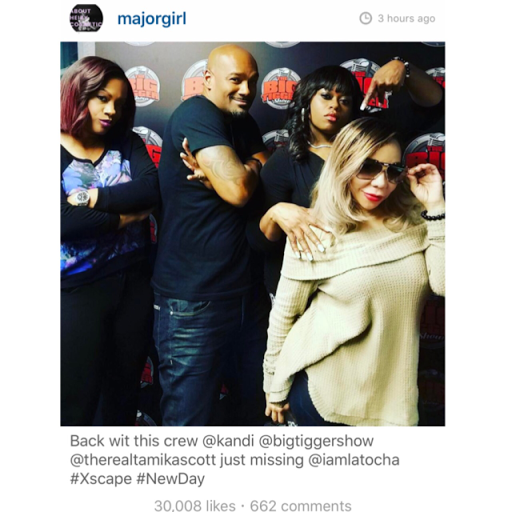 Listen to the interview with Big Tigger!

Posted by Random Entertainment at 9:53 PM No comments: 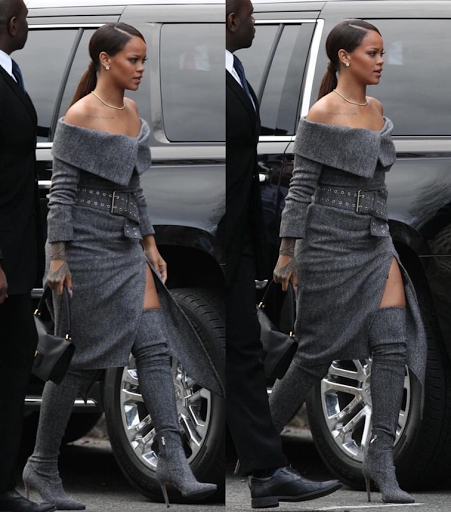 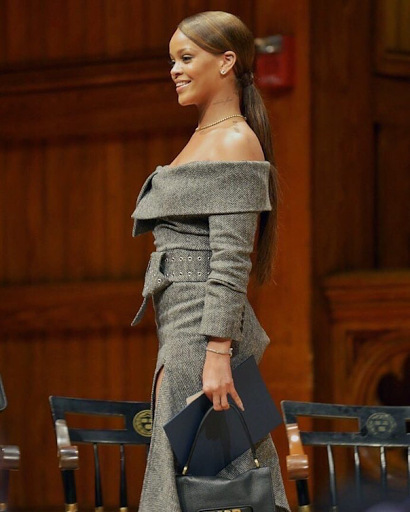 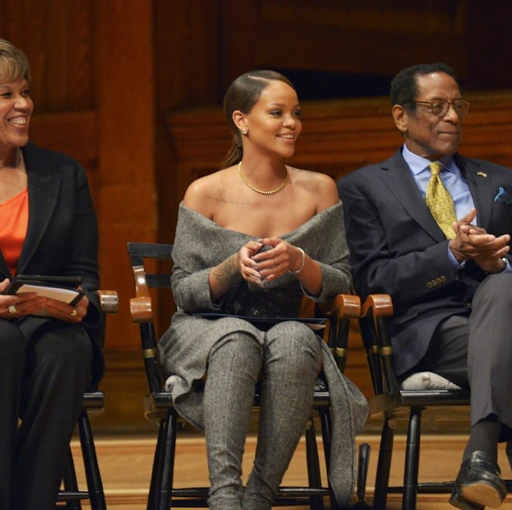 The blessings just keep pouring in for Rihanna. After jumping into the top 3 of billboards artist with her 30th top 10 hit, Harvard announced she would be Recipient of their 2017 Humanitarian of the Year award!

Posted by Random Entertainment at 9:07 PM No comments:

[MUSIC NEWS] @CHANCETHERAPPER GIVES GOD THE GLORY AT THE GRAMMYS 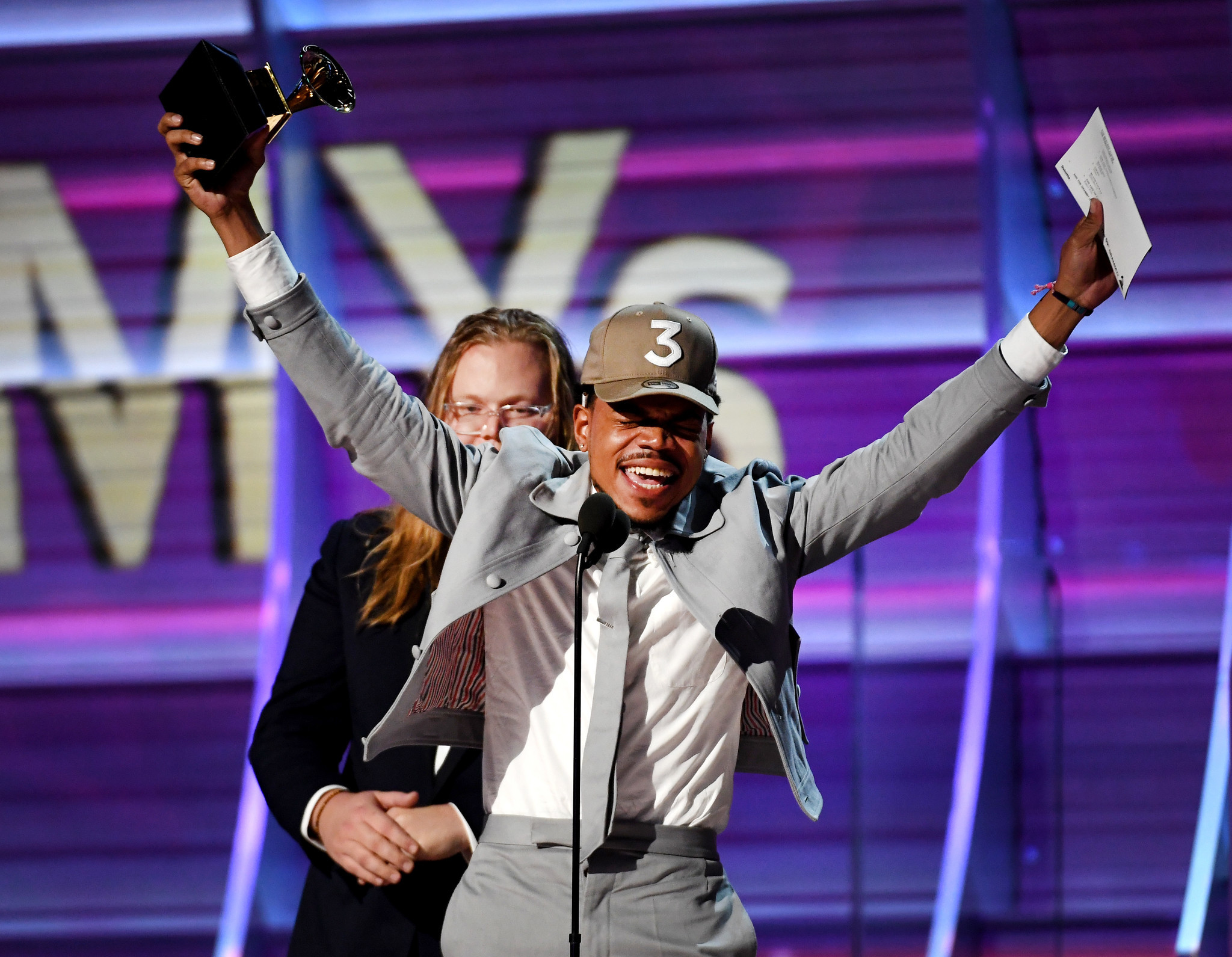 Chance the Rapper came out on top in more than one way at this years Grammy Award Ceremony. The Chicago native, who is the first independent artist to win a grammy for streaming only. His album: Coloring Book, is not even for sale. He placed it on Soundcloud and the response was tremendous. So much so, that the Recording Academy decided to allow artists who were not signed to a label or had streaming only albums to be eligible.

When accepting his award, Chance remembered to give the ONE who made it all possible: God. We know that God can make a way out of no way, and this is one of those moments. When they change the rules, to make room for you. That indeed is a God thing. Chance made sure that we all know who he gave the credit to .

The praise didn't stop there. Chance brought out Tamala Mann and Kirk Franklin to perform his rendition of "How Great Is Our God."

Posted by Random Entertainment at 9:58 PM No comments:

[MINISTRY] YOU HAVE EVERYTHING YOU NEED 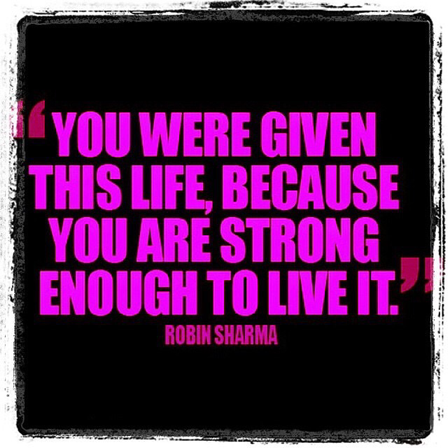 #goodmorningpost Purpose is the key to what God considers a successful life! What does this mean? That as the CREATOR, He knows why He created you, and call you forth for this time on the earth! It's not for nothing, AND it's not for the created thing to decide to BE what it was never created to be! Remember we are not to conform to the world! We are to be TRANSFORMED (how) by the renewing of our mind (having the mind of Christ). See everything you need God has given you for the purpose He created you for! Now we can pervert anything by going our own way. We convince ourselves that we (the person God created) know better for our lives than the ONE who Created us! It's not true. No created thing know more of what it's great at or able to do than the One Who Created it. Most of us become stubborn and are moved by the worlds view of life. And make decisions based off our emotions VS what God has spoken concerning us. You have everything you need TO BE WHO GOD CREATED YOU TO BE! #dontquit #dontsettle #dontgiveup #destiny #celebrityministry #love #forgiveness #purpose #obeyanyway #obey @briancourtneywilson

Posted by Random Entertainment at 12:34 PM No comments:


The Atlanta Falcons entered superbowl 51 with their sights on the Lombardi trophy, for the first time in franchise history. Entering with the NFL's #1 offense, and with Matt Ryan being announced as the Offensive player of the year and MVP of the league. 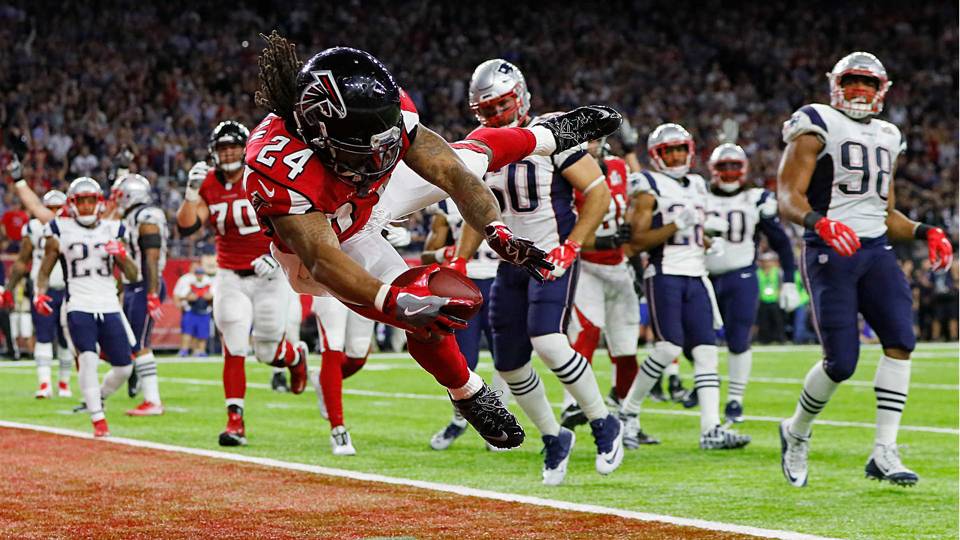 Everything was clicking for NFC division champs through the 3 quarters (28-3), but then it's as if someone woke up Tom Brady and the Patriots, and before this fan could truly understand what was happening, it was first and goal in the NFL's first over time in superbowl history and the Patriots only needed a touchdown to seal the victory. Well that's exactly what happened. James White bullied his way over the goal line, and Brady was a 5 time champion. The Falcons defense looked to have been greatly fatigued, and couldn't stop anyone in the 4th quarter. But they really were their own worst enemy. After a 39-yard run by Devonte Freeman, capped with one of the greatest catches on the sideline by Julio Jones, the Falcons began to pick up penalties that was backing them up. And worst of all, Matt Ryan was sacked, and that took them completely out of field goal range, which could have won them the game. All in all it was a great comeback for one of the greatest quarterbacks of all time, and a complete let down of an Atlanta Falcons team who fought so hard to get to the superbowl. There is always next year Falcon fans.

Posted by Random Entertainment at 12:34 PM No comments:

Repost @bishopjakes What do you do when you have favor but you are not favored? In Genesis 37:2 Joseph was favored by his father, but Verse 3 is when the turmoil starts. All of a sudden favor doesn’t seem like favor at all. How do you bridge the gap between your expectation of favor and your reality of favor? Especially when favor doesn’t look like what you expected? The expectation of favor lends itself to the belief of happily ever after, when in reality favor can cause you to be hated and isolated. We all pray for the favor of God, but do we pray for the responsibility of favor? The burden of favor is weighty. If we examine Joseph’s life he is caught between the love of a father and the hate of his brothers.  Once their father passed away, his brothers were terrified that now Joseph would deal harshly with them. Instead, he said to them, am I not in the place God wanted me to be? What you meant for evil God has turned it for my good. Not only for my good, but for many people. Joseph spoke kindly to them and comforted them. Somewhere in his journey, Joseph learned the power of perspective. I don’t know if it was in the pit or in the palace. Joseph learned how to reframe his own narrative through the unfailing favor of God. He didn’t let his condition control his position. He firmly held on to his position of favor. When it looked like he was going down he was really going up. Perspective makes a difference. The story you tell yourself matters! Are there areas in your life, family, work or ministry where you have lost your perspective? Has the burden of favor has caused you to doubt?  Today is the day you change your perspective! Change how you view your situation. Change how your situation speaks to you. Declare God’s favor over your life. Exalt your position over your condition! • Pray and ask God for a new Perspective on your life • Position your favor, write down your goals and post them in a visible area in your home • Promote your favor, speak out loud and rehearse what God has done and is doing in your life. #ForensicFavor
A photo posted by CM (@celebrityministry) on Feb 2, 2017 at 8:08am PST

Posted by Random Entertainment at 7:10 PM No comments: