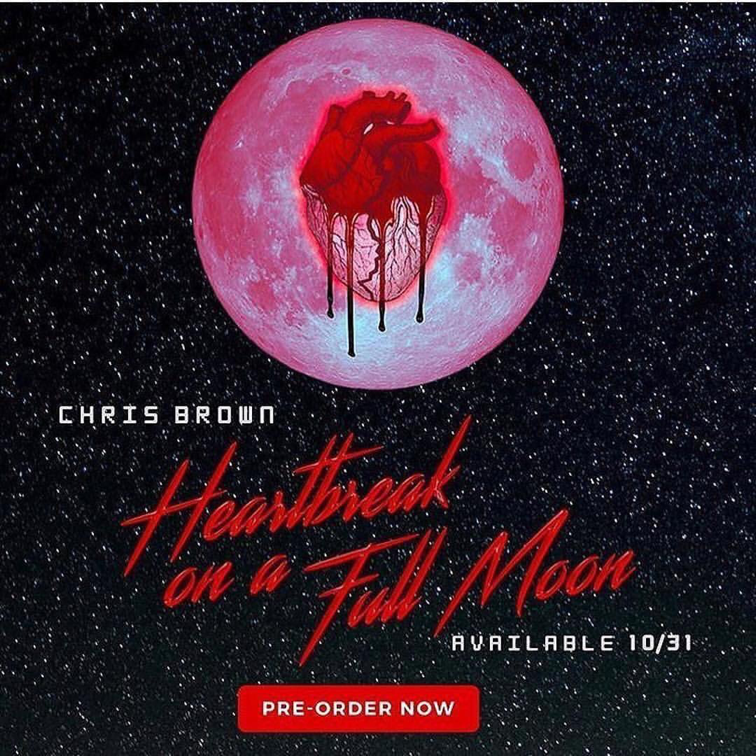 Chris Brown has giving the music industry fair warning, as it pertains to his new album: Heartbreak on a full moon, he not playing no games. The music mogul just dropped 3 new singles from the album prior to its Halloween release. The songs: Confidence, Tempo, and Only 4 Me featuring Ty Dolla $ign & Verse Simmonds are all available along with previously released singles such as the platinum selling Privacy and Party when you pre order the album. 45-track album is sure to have billboard 100 repeatedly typing the name Chris Brown. Take a listen below and pre order the album.
Heartbreak on a Full Moon by Chris Brown https://itunes.apple.com/us/album/heartbreak-on-a-full-moon/id1293916276https://itunes.apple.com/us/album/heartbreak-on-a-full-moon/id1293916276
Posted by Random Entertainment at 6:17 PM 5 comments: