[NEWS] @CHRISBROWN-BLACK PYRAMID CLOTHING HAS THE FASHION WORLD ON NOTICE 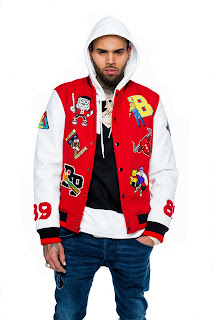 The all talented superstar Chris Brown, has taken the fashion industry, with his revamped Black Pyramid Collection. The global hit maker, first launched the brand back in 2012 and it has only gotten better since then. His first year of creating the brand the fashion king raked in a cool $4M. And now with the revamp of his line, the singer announced he made a cool $20M for the fiscal year.


Just so happy for him! This relaunch has been incredible!! #blackpyramidclothing #chrisbrown I want everything 😩
A video posted by CM (@celebrityministry) on Jan 11, 2017 at 4:58pm PST 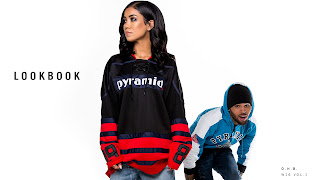 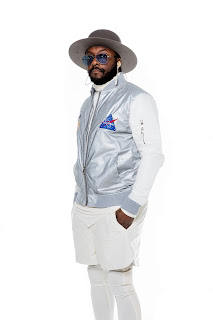 The line has so many different looks to it that it's built for almost anyone. Black Pyramid definitely represents the man behind the vision. With all the many anime characters, more specifically the infamous Dragon Ball Z characters (many others), it shows the mind of the artist. Chris Brown in addition to being a talented designer, we can also add painter to that, and it shows in his clothing designs.

Sooooo I'm at my favorite spot A young man @goldboy_90 like we really want to take your pic so we can post it on our IG. People who rocking the latest trends etc. I’m looking all skeptical like what? But the pics was dope so I’m waiting for this post lol.  Things that happen at the Noble!  #blackpyramidclothing #photography #chrisbrown
A photo posted by CM (@celebrityministry) on Jan 4, 2017 at 1:24pm PST


I for one am in love with the brand. Since the first day he launched it, I have bought almost everything I could (that didn't sell out).

Shopping trip! #imready #letsgo #waitingonmy #bff 😒😂 she thought I was going to be late 😂 #blackpyramid #chrianna #successandenemies #jordan1ogbred
A photo posted by CM (@celebrityministry) on Nov 12, 2016 at 7:31am PST

I have to get everyone of these jackets!! #BPlogo #varsityjacket #blackpyramid
A photo posted by CM (@celebrityministry) on Nov 12, 2016 at 7:29am PST


It's always awesome when you see someone walking in the gifts/talents the Lord has given them. The bible says: "A man's gift makes room for him and brings him before great men." Proverbs 18:16
And we know that Chris Brown has many gifts, so prepare yourself to see him standing before great men. As his clothing line will be represented at Fashion Week, along with pop up stores in London, Paris, and other places abroad. The Lord has his hands on this man's life, and it's shown beyond the music, clothing, artistry, yet this is beautiful nonetheless.


Posted by Random Entertainment at 2:06 PM